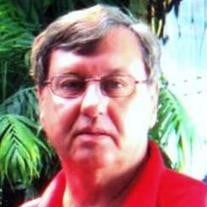 Walter D. "Wally" Bruns, 62, of Spring Grove died suddenly Monday, October 3, 2011 at Centegra McHenry Hospital, McHenry, IL. Walter was born in Berwyn, IL on August 22, 1949, the son of the late David and Dolores (Lauro) Bruns. He was married to Karen Baxter on July 12, 1969 in Lombard, IL. He was a graduate of Wheaton North High School, received his Bachelor of Science in Civil Engineering from ITT, obtained his Masters Degree in Project Management from Keller Graduate School of Management and worked as a civil engineer for ComEd for over 29 years. He was an expert witness for TASA and was a substitute teacher for Johnsburg High School District 12. He was a golf ranger and starter at Geneva National. He also served as president of Forest Ridge Homeowner's Association. Some of his activities were golf, snow skiing, vacationing, doing crossword puzzles, good meals with family and friends, the Chicago Bears and Chicago White Sox. But most of all, spending time with his children and grandchildren. Walter is survived by his wife Karen, a son Jeffrey; a daughter Leslie; four grandchildren, Matthew, Annelise, Jason and Michael; a sister Cheryl Duval and by two brothers, David (Donna) Bruns and Robert (Kathy) Bruns and by many nieces and nephews. Visitation will be from 4 to 8 pm Friday October 7, 2011 at Ehorn-Adams Funeral Home 10011 Main St. Richmond. Funeral service will be at 1 pm Saturday at the First United Methodist Church 518 Booth St Genoa City, WI, with Rev. Lucinda Alwa officiating. Interment will be in Richmond Cemetery in Richmond, IL. In lieu of flowers, memorials may be made in his name to the American Heart/Stroke Assoc 3816 Paysphere Circle Chicago, IL 60674.

The family of Walter D. "Wally" Bruns created this Life Tributes page to make it easy to share your memories.

Send flowers to the Bruns family.