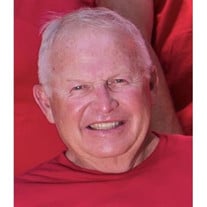 Raymond Edward Stevens, 70, of Spring Grove, IL and Surprise, AZ, died unexpectedly on Thursday, April 16, 2020 in Arizona while helping a friend. Ray was born on January 7, 1950 in Woodstock, IL to J. Robert and Marjorie (Townsend) Stevens. He was married to Margaret (Peg) Amore on June 18, 1971 at Saint Joseph Catholic Church in Richmond, IL. He graduated from Richmond-Burton High School in 1968. Ray was recently awarded his 50 year Gold Card with the International Union of Operating Engineers, Local 150. He worked for many union employers over the years including Waste Management for 31 years. He took an active role in encouraging many people to join the union, including his proudest works, his son and daughter. With the union, he held positions on both the advisory board and executive board. Ray retired on December 31, 2010. He was active in his community as a Richmond firefighter from 1969-1973, charter member of the Richmond Trailblazers, Trustee of the Spring Grove fire department 1995-2001, ‘Grandfather’ coach of Stateline Comets football, member of the Church of Holy Apostles since 2000, where he was an usher for the ‘A’ team, charter member of the McHenry VFW men’s auxiliary and he was a proud member of the #18 Petska Pit Crew. His hobbies included teasing his grandkids, NASCAR and dirt track races, as well as horseback riding and helping anyone who needed him. Ray and his beloved Peg traveled across the country with their RV and horses for many years and made countless friends. Ray is survived by Peg, his son, Raymond R. (Traci) Stevens of McHenry, his daughter, Sarah (Mike) Erikson of Genoa City, his treasured grandchildren, Rachel and Amy Stevens, Cody Stevens and Chloe Erikson. He is also survived by his brothers, Bill (LaVerne) and Bob (Joy) Stevens, his sisters, Lois (Harvey) Petska, Anna (Jim Ross) Penza, and Pam (Dave Palcek) Kopacz. He is survived by his sisters-in-law, Marlene Stevens, Sr. Jean Amore, Marge Amore and Sandy Amore, Barb (Ron) Williams, Patty (Bill) Vavrik, and Fran (Gil) Michelini; his brothers-in-law, Wayne (Christine) and Buster (Cindy) Amore as well as numerous nieces, nephews and forever friends. Ray is preceded in death by his parents, his in-laws, Robert and Mary Amore, his sister Judy, his brother Larry, his brothers-in-law, Tom and Terry Amore, his nieces Melissa Petska and Cheri Amore, his nephew, Tony Williams and great-nephew Braden Petska. On the day of his passing, his nephew Mark Amore passed away in an accident in Illinois. Due to Covid-19, funeral services will be privately held for the family and the service will be live-streamed on the Church of Holy Apostles website at 1pm on Monday, April 27, 2020. The burial will also be private at the Saint Peter’s Cemetery in Spring Grove, IL. A Celebration of Life at a later date will be announced. In lieu of flowers, please make memorial donations to Heart of Gold Charities, PO Box 116, Twin Lakes, WI 53181 or to The MACC Fund, 10000 W. Innovation Drive, Suite 135, Milwaukee, WI 53226.

The family of Raymond Edward Stevens created this Life Tributes page to make it easy to share your memories.

Send flowers to the Stevens family.