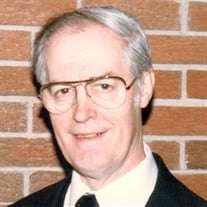 Spring Grove, IL Raymond N. Rundle Raymond N. Rundle, 90, of Spring Grove, IL, passed away Sunday, October 12, 2014 at Fountains of Crystal Lake in Crystal Lake, IL. Raymond was born in Lead, SD on August 1, 1924, a son of the late Thomas and Gwendolyn (Wasley) Rundle. He was married to Billie Hutchings on June 7, 1952 in Chicago. He was employed as a Department Head x-ray technologist at Augustana Health Care in Chicago, from 1947 until retiring in 1989. He was a member of Grace Lutheran Church in Richmond, where he was very active and served as Congregation Steward, Property Chairman, Past President of Church Council, sang in the choir and served as Lay Minister. He served in the U.S. Army as a PFC in WW II from 1943 to 1945, serving under Gen. Patton in Battle of the Bulge and also in France. He was the last living member of World War II of Paul C. Hoffman American Legion Post #253, he also belonged to the VFW. He was Past president of Young at Heart, Raymond is survived by his wife Billie; a son Thomas (Deborah) Rundle Sr, of McHenry, IL; four grandchildren Samantha, Stephanie, Connor and Thomas Rundle Jr, one great granddaughter Brooklyn Rundle; by two sisters, Laura Edsel, and Dorothy Olson, both of Belle Fourche, SD. He was preceded by three brothers Thomas, Robert and John Rundle. Visitation will be from 4-6 pm Wednesday October 15, 2014 at Grace Lutheran Church 6000 Broadway, Richmond, IL. Funeral service will be at 6:00 pm with military honors following. Inurnment will be in Richmond Cemetery at a later date. Memorial contributions may be made to Building Fund of Grace Lutheran Church 6000 Broadway Richmond, IL 60071. For information, please call 815 678-7311 or visit www.ehornadams.com.

The family of Raymond N. Rundle created this Life Tributes page to make it easy to share your memories.

Send flowers to the Rundle family.