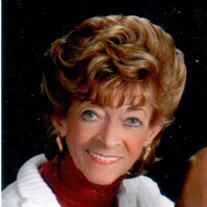 Spring Grove, IL Maggie Arseneau Maggie Arseneau, 71, of Spring Grove, IL, passed away Friday, December 15, 2017 at her home. She was born in Chicago, IL on April 15, 1946, a daughter of the late Edward and Arline (Lane) Dodge. She was married to Richard "Baldy" Arseneau on April 1, 1967, in Wilmot, WI and in June of "17, they celebrated their 50th anniversary with over 300 family and friends. She was a member of St. Peter's Catholic Church Spring Grove, IL. She was a graduate of Wilmot High School in 1964 and was selected as Kenosha County Fair Queen that year. At age 17, Maggie came down with a terminal disease and has beat countless heath issues and has been an inspiration to so many people, comparing her to the "Eveready Bunny" by never stopping. She made every day count and not stopping until the day's work was done. She loved the farm way of life and we will miss and love her forever. She was a farmer and housewife for over 50 years and considered the young men that worked for she and "Baldy" as their sons. She was a member of Pure Milk Assoc, Associated Producers Inc, McHenry County Farm Bureau, a Cubs and Packer fan, a charter member of the Richmond Trailblazers Snowmobile Club 1971 to present, having cherished memories of countless trips with members and friends totaling over 200,000 miles. She was a contributing editor to the ILL Sno Magazine, writing about their many trips and won many awards for her contributions. Starting with "Gus", her first Lab who was a loyal farm dog and companion, her 2nd Lab "Rocky" won all awards possible, and as a novice in dog showing, won Dog World Awards in both USA and Canada. Maggie joined the Wag Agility Club and # 3 Lab "Shadow" won all honors in both obedience and agility. Maggie became one of the top instructors. Now #4 Lab "Cruiser" follows in their footsteps. Maggie is survived by her husband, two sisters, Ruth (Bever) Morton, of Trevor, WI; Christine (Ed) Shaw, of Trevor, WI; two brothers, John (Lorinda) Dodge, of Woodstock, IL; Ken (Linda) Dodge, of FL; several nieces and nephews and their families; her sister-in-law Mary Ann (Gary) Freund, her brothers-in-law Bill (Mary Jane) Arseneau and Jack (Susie) Arseneau. She was preceded by her parents, a sister Susan Niles and a brother Edward Jr. Visitation will be from 2 to 8 p.m. Tuesday Dec. 19, 2017 at Ehorn-Adams Funeral Home 10011 Main St Richmond. Mass of Resurrection will be at St. Peter's Catholic Church 2118 Main St Spring Grove, IL, at 10:30 a.m. on Wednesday, December 20, 2017 with Rev. Msgr. Joseph Jarmoluk officiating. Interment will be in St. Joseph Cemetery in Richmond, IL. Memorials to Labrador Dog Service Group. For information, please call 815 678-7311 or visit www.ehornadams.com.

The family of Maggie Arseneau created this Life Tributes page to make it easy to share your memories.