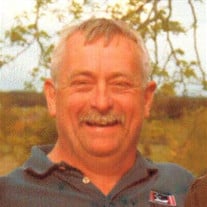 Jeffrey M. "Jeff" Helland, 56, of Hebron, IL, passed away suddenly Saturday, September 12, 2015 at Advocate Lutheran General Hospital, Park Ridge, IL. Jeffrey was born in Superior, WI on February 18, 1959, a son of the late Maurice and Thelma (Doege) Helland. He was a graduate of Cary-Grove High School in 1976. He owned and operated Eagle Automotive in Round Lake Beach, IL., for 5 years, retiring June of this year. Prior to that he served as inventory manager of Tru-Serv Mfg in Cary for over 30 years. He was a former board member of Alden-Hebron Schools. Jeff loved racing cars and served on the pit crew of "Neighborhood Nuisance". Jeffrey is survived by three daughters, Tracy (Greg) Vander Mey, of Crystal Lake, IL; Nicole (Tim) Guasta, of Genoa City, WI; Samantha Helland, of Hebron, IL; four sons Jason Helland, of Genoa City, WI; Stephen Taylor, of Crystal Lake, IL; twins Troy and Trevor Helland, both of Woodstock, IL and by four grandchildren. He was preceded by a son Nicholas, a sister Susan Taylor and wife Penelope. Visitation will be from 4 to 8 p.m. Friday Sept. 18, 2015 at Ehorn-Adams Funeral Home, 10011 Main St, Richmond, IL. Funeral services will be at 10:00 a.m. Saturday Sept. 19, 2015 at the funeral home with Pastor Ralph Searles officiating. Entombment will be in Windridge Cemetery in Cary, IL. In lieu of flowers, memorials to the Helland family would be appreciated.

The family of Jeffrey M. Helland created this Life Tributes page to make it easy to share your memories.

Send flowers to the Helland family.