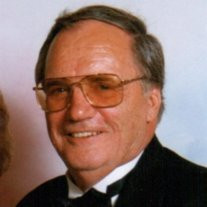 James E. Griffin, 75, of Walworth, WI, formerly of Hebron, IL, passed away Friday, August 23, 2013 at Aurora Lakeland Medical Center in Elkhorn, WI. Jim was born in Chicago, on November 30, 1937, a son of the late Dennis and Margaret (Lauffenburg) Griffin. He was a graduate of Lane Tech in Chicago. He was married to Lorretta Stomper on April 1,1967, in Cary, IL. He owned and operated Priority One and Reproduction Resources in Hebron, for over 16 years retiring in 2002. He was past president of Hebron Business Association. He also served on the Alden-Hebron School Advisory Committee. He served in the U.S. Army during the Vietnam War. James is survived by his wife Lorretta, a daughter, Cindy (Kenneth) Pedraza, of Hebron, IL; a son, Michael (Kecia) Griffin, of Woodstock, IL; six grandchildren Molly, Maggie, Jacob, Katie, Kendall and Collin and by three brothers Kenneth Griffin of New Blaine, AR, William and Thomas Griffin, both of Burlington, WI. Jim was preceded by two brothers, Richard and Lawrence. Visitation will be from 1 to 5 pm Sunday at Ehorn-Adams Funeral Home 9625 Main St. Hebron. Private family services will be on Monday, August 26, 2013 with Fr. Norberto Sandoval officiating. Interment will be in Linn-Hebron Cemetery in Hebron, IL. For information, please call 815 648-2054 or visit www.ehornadams.com.

The family of James E. Griffin created this Life Tributes page to make it easy to share your memories.

Send flowers to the Griffin family.