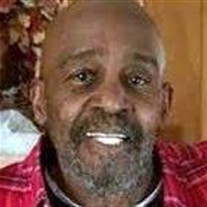 George W. Houston, 84, of Hebron, IL, passed away suddenly Saturday, July 23, 2016 at Mercy Harvard Hospital, Harvard, Illinois. George was born in Travis County, Texas on February 7, 1932, a son of the late Ananias and Viola (Hunter) Houston. He was a graduate of Anderson High School in Austin, Texas. He was married to Mary Susan Schmitt on January 26, 1979 in Las Vegas, NV. A very christian man, he was an active and valued member of St. John's Lutheran Church in Hebron He was known for his quick wit and gracious heart. He worked as a self employed landscaper for many years, retiring in 1993. George is survived by his wife Mary Susan; four daughters, Denise, Leslie, Lauren, Lonnie; nine grandchildren, William, Garrett, Precious, Jessica, Marty, Johnathan, Tony, Jackson and Jordan, plus four great grandchildren. He was preceded by a daughter Renee. He was loved by all his family and was devoted to his family, and saw the best in everyone. Memorial visitation will be from 10:00 a.m. Saturday July 30, 2016 until the memorial service at 11:00 a.m. at St. John's Lutheran Church 9812 St. Albans St, Hebron. Rev. Sarah Wilson will officiate. In lieu of flowers, memorial contributions may be made to Hebron-Alden-Greenwood Fire Protection District 12302 IL. Route 173 PO Box 345 Hebron, IL 60034. For information, please call 815 678-7311.

The family of George W. Houston created this Life Tributes page to make it easy to share your memories.

Send flowers to the Houston family.