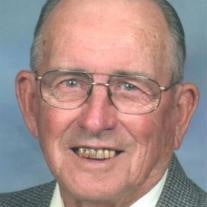 Richmond, IL Francis R. Arseneau Francis R. Arseneau, age 92, of Richmond, passed away Sunday, August 12, 2012 at Westlake Hospital in Melrose Park, IL. Francis was born in Beaverville, IL on May 4, 1920, a son of the late Leo and Madoza (Varboncoeur) Arseneau. He was employed as a truck driver at McHenry Sand and Gravel McHenry, IL., for 20 years retiring in 1983. He was a member of St. Joseph Catholic Church in Richmond, where he served as custodian for 9 years following retirement. He was an usher for many years. He was an Army veteran of WW II, serving with the Aviation Engineer Group in the Philippines from Feb. 1942 to Sept. 1945. He was a life member for over 66 years and served seven terms as Past Commander of Paul C. Hoffman American Legion Post #253, he was Senior Vice Commander and Past Commander of McHenry County Council of the American Legion. He was also a life member of VFW Post 1640 of McHenry. He was a life member of the McHenry Moose Lodge. He enjoyed having coffee and meals with his friends. Francis is survived by a daughter, Barbara (Ron) Schad, of Phoenix, AZ; a son Randy (Debbie) Arseneau, of San Luis Obispo, CA; six grandchildren Roxanne Burton, Stephanie Livesey, Donald J. Osterby, Keith Osterby, Brian Arseneau and Melissa Arseneau; six great grandchildren Benjamin, Katrina, Lisa, Kristofer, James and Kim; five great great grandchildren Jordan, Keyerra, Cameron, Samuel and William; a brother Armel (Mary) Arseneau of Downey, CA and many nieces and nephews. He was preceded by three brothers O'Neal, Myron and Marvin Arseneau and his former wife Lois. Special thanks to Dick and Maggie Arseneau, the Wilson girls Colette, Nancy, Mary Jane and the late Jane Wison for the time and care given to Frances during the last years of his life. Visitation will be from 4 to 8 p.m. Friday August 17, 2012 at Ehorn-Adams Funeral Home 10011 Main St Richmond. Mass of Resurrection will be celebrated at 10:30 am Saturday, August 18, 2012 at St. Joseph Catholic Church, 10519 Main St. Richmond. Fr. Andrew Lewandowski will officiate. Interment will be in St. Joseph Cemetery in Richmond with military honors. Memorials may be made to Paul C. Hoffman American Legion Post #253 Box 14 or St. Joseph Catholic Church 10519 Main St. Richmond, IL 60071 or Richmond Fire/Rescue District Richmond, IL 60071. For info please call 815 678-7311 or visit www.ehornadams.com

The family of Francis R. Arseneau created this Life Tributes page to make it easy to share your memories.